In 1988, SMA Vice Chairman Mike Craddock established an award to recognize an SMA member who had made significant contributions to the moving industry and association. The first presentation was titled the SWTA Outstanding Member Award and was presented to O. D. “Shack” Shackelford.

The Heritage Award honors true leaders who form the backbone of the moving and storage profession and give selflessly to the community and association. Recipients are nominated by the SMA Heritage Committee along with input from other members. The Heritage Award recipients represent SMA’s most faithful servants. 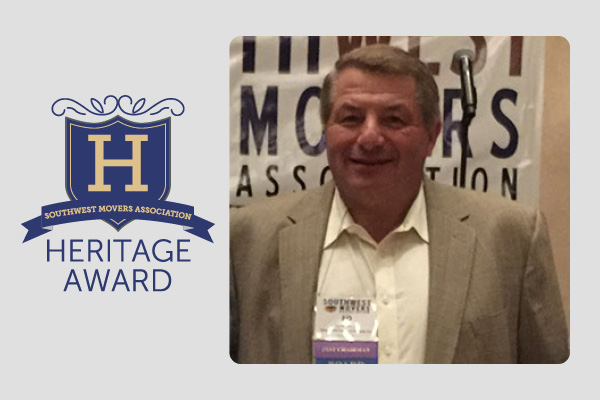